This chapter of the exhibition could be fitted with a subtitle Reimagined Territories. The works presented in De Brakke Grond reimagine terrains scarred by man-made industrialization in the California’s Imperial Valley (Lukas Marxt); reconfigure the strategic geopolitical area of the Russian-Norwegian border area, which is undergoing catastrophic effects of climate change while featuring a prominent role in the industrial and military Northward expansion (Alexis Destoop); or try to think differently about the 2011 tsunami and nuclear disaster in Fukushima through transformations or mutations of the body (Ana Vaz). The works presented show us the impact of humankind on the environment, but also communities affected by exploitation and oppression, which is aimed at the people living on the geostrategic lands or on the pathways of the grand Enlightenment project (Ulrike Ottinger). Finally, there is Amsterdam, mapped as a terrain which uncovers the city’s hidden electromagnetic phenomena, its invisible wavelengths and charges (Christina Kubisch). The exhibition in De Brakke Grond opens on the 16 Feb with a special event, a film in the dark (Nuno Da Luz, Olivier Marboeuf, Ana Vaz).

Built from an extensive personal archive over multiple trips and expeditions, Alexis Destoop presents his recent video installation reconfiguring the history of the Russian-Norwegian borderland in the European High North. The work re-imagines this desolate geographic landscape through a poetic reappropriation, portraying a zone where past and future are confounded. Marked by the worldly conflicts of the 20th century, this region is directly undergoing the effects of climate change, while featuring prominently on the geopolitical chessboard of a recent Northward expansion. This ghostly stasis leaves everything in a state of expectation, while the references to unnamed conflicts suggest the possibility of a catastrophic past. 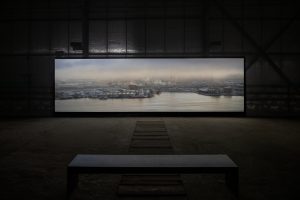 Sewn between the diaries of Japanese author Yoko Hayasuke and fragments from a cathartic ritual in the tsunami-ravaged coast of Sendai, north of Fukushima, Mediums calls upon writing and healing as mirrors in both transforming and renewal. Invoking Hayasuke’s reflections on the bodily and subjective mutations sparkled by the nuclear accident in Fukushima, bodies becomes true territories for reinvention. Mediums is a part of a The Voyage Out, an ‘archipelago’ of connected presentations, which will result in a feature film. It takes the toxic disaster in Fukushima as a synecdoche of the impending ecological disaster and the possibility of renewal. 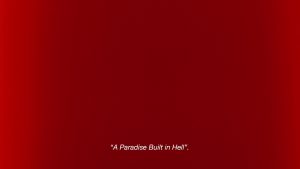 In 2003, Christina Kubisch started a series of works in public space that trace the electro-magnetic fields of urban environments in the form of city walks. Electrical Walks is a work in progress. It is a public walk with special sensitive wireless headphones by which the acoustic qualities of electromagnetic fields become amplified and audible. Kubisch’s Electrical Walks Amsterdam enables a new experience of the city, one that uncovers Amsterdam’s hidden electromagnetic phenomena. Armed with special headphones and a map marked with magnetic landmarks, the visitors are offered an auditory adventure that shifts perception of everyday reality by giving substance to invisible wavelengths and charges. Electrical Walks Amsterdam is walk No. 74 in the series. The piece has been commissioned by Sonic Acts as part of Re-Imagine Europe, co-funded by the Creative Europe programme of the European Union. 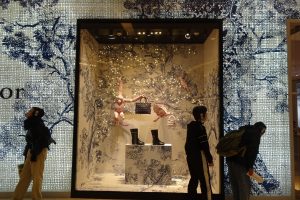 Lukas Marxt’s video Imperial Valley (cultivated run-off) (14 min, 2018) and a large canvas presented alongside it give an account of the agricultural exploitation of California’s Imperial Valley. Corporate agricultural production interests have been able to cultivate and exploit this part of the Sonoran Desert through a gigantic irrigation system and the 130-km long aqueduct, the All-American Canal. The system’s unfiltered run-off leads to the Salton Sea, an artificial lake close to the Mexican border that is approaching ecological and economic disaster. The film, paired with an electronic soundtrack by Jung An Tagen, is a mesmerising witness of man-made industrialisation. 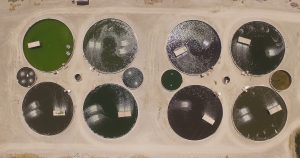 Ulrike Ottinger’s 12-hour-long documentary film Chamisso’s Shadow (Chamisso’s Schatten, 2016) was inspired by the writings of Adelbert von Chamisso, a renaissance man, famed poet and botanist, who in 1815 joined the research expedition to the Pacific Ocean and the Bering Sea. Ulrike Ottinger followed Chamisso’s northern expedition routes through the regions Kamchatka, the Aleutian Islands, Bering Island, the Bering Strait, Chukchi Peninsula, and the coast of Alaska during the course of three months. Her film reveals spectacular landscapes with ethnicities and cultures that are shaped by a long story of colonial oppression but which have maintained elements of their indigenous language and their ancient knowledge.

*The film (with English subtitles) will be screened multiple times during the exhibition.