In seven years, from 2011 to 2017, Ephraim Asili has completed a remarkable cycle of films called The Diaspora Suite about his relationship with the greater African diaspora. These films – Forged Ways, American Hunger, Many Thousands Gone, Kindah and Fluid Frontiers – document not only his travels across Brazil, Canada, Ethiopia, Ghana, Jamaica and the United States, but also a personal meditation on the constructs surrounding African-American cultural identity. With his observational 16mm cinematography and evocative use of sound and music, Asili is both critical and speculative, listening intently to the resonances of words and gestures that span centuries and oceans.

Fluid Frontiers (2017, 23 min) is the final film in the Diaspora Suite. Shot along the Detroit River, it explores the relationship between concepts of resistance and liberation, exemplified by the Underground Railroad, Broadside Press and artworks of local Detroit artists. All of the poems are read from original copies of Broadside Press publications by natives of the Detroit Windsor region, and were shot without rehearsal. 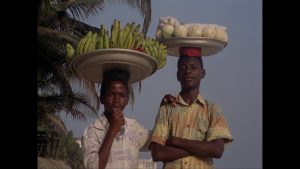 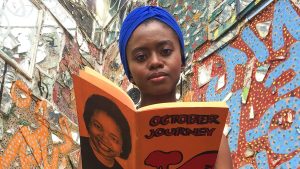