Fiction is everywhere, in the news and in the cinema; fiction creates a sense of reality. Fiction of Memory will problematise the usual ‘real of fiction’ and make arguments for the ‘fictions of the real’. After Stoffel Debuysere’s talk, Filipa César will close the HEREAFTER conference with a performative reading called Meteorisations. This visual and sonic reading explores agronomic writings of Amílcar Cabral, a leader of the African Party for the Independence of Guinea and Cape Verde, which expose substrata of a syntax for liberation later performed in his struggle against Portuguese colonialism. With sound by Jin Mustafa and films by Sana na N’Hada and Flora Gomes, Guinea-Bissau Cinema Archive. The conference session will be moderated by Polina Medvedeva and Mirna Belina.

What has happened to the cinematic fictions that set out to make sense of our times? That is to say: what has happened to fiction as the construction of both an arrangement of events and a relation of a referential world to alternative worlds? In accordance with the laws of verisimilitude and rationality that aim to make situations identifiable and intelligible, which also means acceptable and credible, fiction in cinema is commonly made up of calculated entanglements of recognition effects and effects of surprise that attest to the real, so that fiction is, in turn, attested by the real. How to break out of this circle of mutual attestation, which tends to get stuck in endless oscillations between the conforming familiar and the familiar nonconforming? Perhaps it is this sense of consensual sterility that has enkindled the recent intensification of fictions that no longer treat the real as something to attest to, but as something to attend to. No longer as an effect to be produced, but as a world of unnamed emotions and boundless virtualities to explore and prolong. Against the logic that is grounded in the ‘real of fiction’, where the unexpected is always already accounted for, these fictions look for the unexpected where it is not supposed to be, thereby calling into question the way in which things are commonly expected. We could call them ‘fictions of the real’. 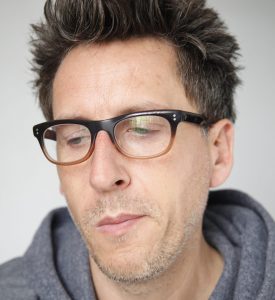 A reading of Amílcar Cabral’s agronomic writings exposes substrata of a syntax for liberation later performed in guerrilla language and the struggle against Portuguese colonialism in Guinea-Bissau and Cape Verde. This visual and sonic reading explores the definitions of soil and erosion that Cabral developed as an agronomist, as well as his reports on colonial land exploitation and analysis of the trade economy, to unearth his double agency as a state soil scientist and as a ‘seeder’ of African liberation. Cabral understood agronomy not merely as a discipline combining geology, soil science, agriculture, biology and economics but as a means to gain materialist and situated knowledge about peoples’ lived conditions under colonialism. The scientific data he generated during his work as an agronomist, along with his poetry, were critical to his theoretical arguments in which he denounced the injustices perpetrated on colonised land, and it later informed his warfare strategies.
Cabral used his role as an agronomist for the Portuguese colonial government subversively to further anti-colonial struggle. Cabral’s process of decolonisation was understood as a project of soil reclamation and national reconstruction in the postcolony. His agency as an agronaut ventures through soil cosmologies, mesologies, meteorisations, ‘atmos-lithos’ conflict zones, celluloid compost, violence of imperial consumption — the sugar question. Humble derives from Humus.

This iteration of the lecture has been commissioned by Sonic Acts as a part of Re-Imagine Europe, co-funded by the Creative Europe programme of the European Union. 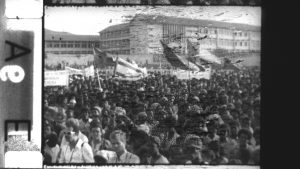