Zeno van den Broek’s film Entrop (6 min, 2018) draws inspiration from the pre-film animation device called the cylindrical zoetrope. It is a spinning cylinder containing a sequence of images or three-dimensional objects resulting in the illusion of motion. Entrop is based on a virtual 3D version of such a zoetrope, using digital means to go beyond the traditional physical relation of energy and movement. The work explores the tension between various forces and spatial perception of sound and moving image; energy is being fed into a system, resulting in movement and centrifugal forces. During this build-up of energy and speed the system becomes unstable and new accidental possibilities of sensory perception present themselves. 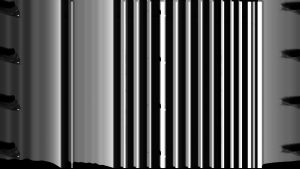 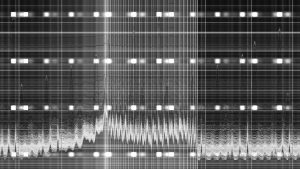