Communism and the Radical Imagination

The second day of the conference starts with a panel outlining the current political landscape on the Left and Right. Gregory Sholette wonders whether an anti-capitalist art can survive in a world of lolcats, doomsday preppers and xenophobic frog memes, while Jodi Dean shows how the twenty-first century puts forth a new choice: communism or feudalism. She will present two speculative futures and suggest the paths leading to each. The panel is moderated by Ash Sarkar, an activist and senior editor for Novara Media.

In the twentieth century, much of the Left understood society as facing a choice between socialism and barbarism (to use the phrase made famous by Rosa Luxemburg). By the century’s end, some argued that the experiments of state socialism were themselves barbaric. Others pointed out that the reality that unfolded after 1989 proved the truth of the choice: the end of socialism had led to unbearable barbarisms of extreme inequality, militarism and environmental degradation. This presentation by Jodi Dean suggests that the twenty-first century forces us to confront a new choice: communism or feudalism. It presents two speculative futures and suggests the paths leading to each. 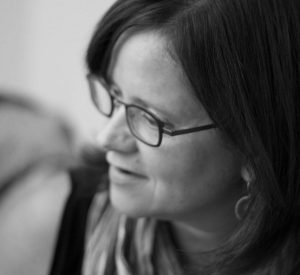 Jodi Dean
Can an Anti-Capitalist Avant-Garde Art Survive in a World of Lolcats, Doomsday Preppers and Xenophobic Frog Memes? Do We Have a Choice?
23 Feb 11:00 — 12:00 Gregory Sholette

As artistic activism becomes a signature attribute of contemporary high culture, a wave of museum boycotts, protests, occupations and labour unrest marks our current decade. Meanwhile, much of the post-2008, post-Occupy art generation abhors the multi-billion-euro capitalist art market, even as the very term art is radically shifting, twisting, inverting, if not undergoing an outright self-expulsion from itself as it moves from its familiar white cube dwelling places to occupy the public sphere at an ever-accelerating tempo. But as art joins the everyday social world, its status as a privileged and critical realm that is set apart from the ubiquitous materialistic pursuits of a consumer society is likewise receding from view, and in truth, most high cultural practitioners have yet to really face this new, ‘bare’ art world and what it represents. Nevertheless, as art sheds its centuries-old ideological privilege of autonomy, it is gaining a front-row seat in the contentious struggle to rethink society, as well as the expressive, imaginative and artistic value is generated, for whom, why and to what ends. Still, the question lingers, how will art, especially activist and anti-capitalist art, remain critically radical once fully submerged in a world of lolcats, doomsday preppers and xenophobic frog memes?