In the talks by Elizabeth A. Povinelli and Louis Henderson, we will learn about artistic collective practices with which these two artists and thinkers are associated; the Karrabing Film Collective, a grassroots Indigenous group from Australia’s Northwest Territory that produces films representing their lives and intervening in the representation of 'indigeneity'; and The Living and the Dead Ensemble, a collective created in Port-au-Prince with artists from Haiti, France and the UK who have translated and performed the play Monsieur Toussaint by Édouard Glissant from French into Haitian Creole. The session will be moderated by Mirna Belina.

After the End, Stubborn Affects and Collective Practices
24 Feb 13:00 — 14:00 Elizabeth A. Povinelli

As many in the West look forward to a climate-induced end of times, huge areas of the human and nonhuman world have been struggling to exist in the toxic excrement of late liberal capitalism. For them, the end of the world has already happened – and it has happened multiple times: the catastrophe of colonialism and imperialism, neoliberalism and extractive capitalism, toxicity and disrepair. This talk asks what affective and collective practices look like if viewed from within worlds that have long existed after the end, using the Karrabing Film Collective as a special case. 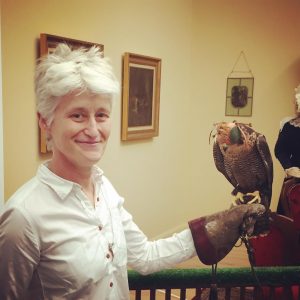 Elizabeth A. Povinelli. Photo by Marcel de Buck.
Dialect of hurricanes. Patois of rains. Language of storms. Unfolding of life in a spiral.
24 Feb 14:00 — 15:00 Louis Henderson

Unfurling like a fiddlehead fern fond in a forest, the word ‘creole’ comes from the Greek root *ḱer- meaning to grow, to nourish. Celebrating the vast possibilities of translating both into and from Haitian Creole, this talk will describe how the artist group The Living and the Dead Ensemble unravelled into being by translating the play Monsieur Toussaint by Édouard Glissant, from French to Haitian Creole.
The group put Glissant’s work into motion as a means to critique and test the limits of his philosophy within a contemporary Haitian context. The Haitian poet Frankétienne offers a way out through the spiralling voice of the We. 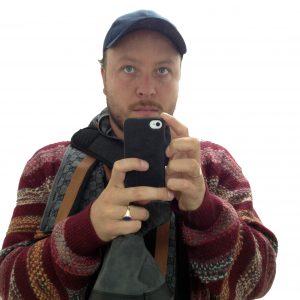