The works exhibited at Arti et Amicitae examine the structures of power by collecting traces of Europe’s colonial engagement with East Africa (Emma Wolukau-Wanambwa); reflect on the complicated entanglement of technology and images in the construction of the black American identity (Sondra Perry); meditate on the ways in which traumatic events of recent history can be read in – or have been memorialised by – urban or ‘natural’ landscapes, architecture and public space (Cyprien Gaillard); invoke the restless spirit of one of the leaders of the Haitian revolution of 1791, Toussaint Louverture, transporting him back across the ocean from France, where he was imprisoned and died, to Haiti (Louis Henderson and João Polido, with poems by The Living and the Dead Ensemble); zoom in on the question of the word qur’ān, which inspires a score that posits itself as the index and administrator of ‘all potential discourse’ (Rana Hamadeh in collaboration with André Castro).

We welcome you to the exhibition opening with artists in attendance.

With music by Fien. 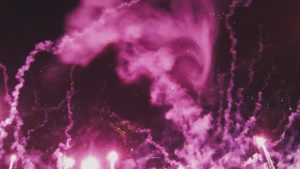 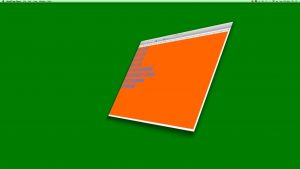 Lineage for a Multiple-Monitor Workstation: Number One, Sondra Perry, film still. Courtesy of the artist.