Call for interns! Join the team for Sonic Acts Academy 2020

Sonic Acts is looking for two interns to join its Production and Communication departments during the period of October 2019 to March 2020. Send your application before 15 June and be part of our dedicated team working from Paradiso in Amsterdam.

Sonic Acts is well known for its biennial festival in Amsterdam, which since 1994 has featured an extensive programme of lectures, performances, films, masterclasses and workshops that explore and expose radical developments at the intersections of art, technology, culture, politics and science. In 2016, Sonic Acts initiated the Sonic Acts Academy, a new platform for investigation, speculation and reflection, focusing on educational practices and the critical examination of knowledge production in the field of art.

The third edition of Sonic Acts Academy is set to take place in February 2020, with a variety of open workshops, seminars, lectures, performances, screenings and installations by prominent artists, academics, activists, curators, and theorists. Sonic Acts also operates year-round as a platform for the research, development and production of new work and publications, and organises activities in the Netherlands and abroad. Recent projects include the three-year art, research and commissioning project Dark Ecology – predominantly taking place in the Arctic region – and its globally touring programme Vertical Cinema, as well as the forward-looking platform for club culture Progress Bar.

Are you who we are looking for? More information about the positions and how to apply can be found via the links below: 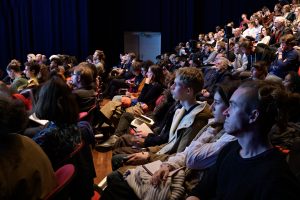 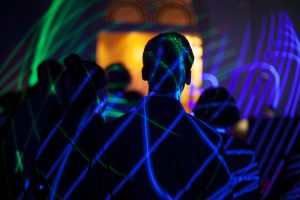