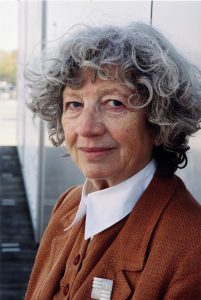 Born in Konstanz, Germany, Ulrike Ottinger spent much of the 1960s working as a painter in Paris – where she also studied with Claude Lévi-Strauss and Louis Althusser – before launching a film career in Berlin in the early 1970s. Her first feature film, Madame X (1977), drew the interest of queer and feminist scholars. She has collaborated with Delphine Seyrig in two features from that time: Freak Orlando (1981) and Johanna d’Arc of Mongolia (1989). In 1990s, Ottinger shifted away from the theatrical extravagances to a carefully observed documentary. China. The Arts – The People (1985) is the first in a series of long documentaries made in the course of Ottinger’s travels through Asia. In 1992, she made an eight-hour film Taiga and in 2016 the twelve-hour long Chamisso’s Shadow. Her films have been shown in many film festivals and institutions such as the Cinémathèque Française, Centre Pompidou and MoMA. She has presented her photographs at Biennale di Venezia, Documenta, and Berlin Biennale. In 2011, Ulrike Ottinger received the Hannah Höch Prize from the city of Berlin for an outstanding artistic life’s work. The Concordia University in Montréal awarded her an honorary doctor of fine arts in 2018.