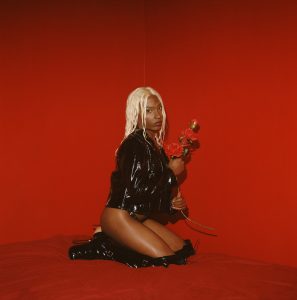 Quay Dash is a rapper and a solo artist from the Bronx, New York City. Her work looks into her experiences as a Black transgender woman living in modern-day America. Quay has performed and DJed at nightclubs, concert venues and art galleries across the United States and Canada. Her first project, EP Transphobic, was released in September 2017. Quay then promptly joined Peaches for her North American tour. She released her mixtape, Satan’s Angel, in April 2017.