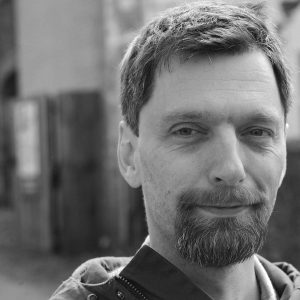 Joost Rekveld is an artist who wonders what we can learn from a dialogue with our machines. He explores the sensory consequences of systems of his own design, often inspired by forgotten corners in the history of science and technology. His films, installations and performances are an attempt to reach an intimate and embodied understanding of our technological world. His films have been shown world-wide, and he collaborated with numerous music and theatre groups. He has been curating since 1990, giving lectures since 1993, teaching since 1996, and from 2008 to 2014 he was the course director of the ArtScience Interfaculty in The Hague. Since 2017 he has been affiliated to the School of Arts University College Ghent (KASK) as an artistic researcher.