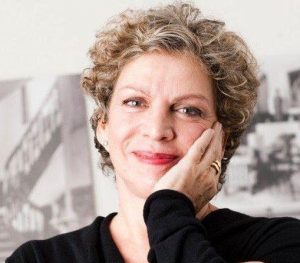 Irit Rogoff is a writer, teacher, theorist and curator. She is Professor of Visual Culture at Goldsmiths, University of London, a department she founded in 2002. Rogoff works at the meeting ground between contemporary practices, politics and philosophy. Her current work is on new practices of knowledge production and their impact on modes of research, under the title of Becoming Research (forthcoming). As part of the collective freethought, Rogoff was one of the artistic directors of The Bergen Assembly, 2016 and editor of The Infrastructural Condition published in its wake. Rogoff is also co-founder of The European Forum for Advanced Practices in 2017. Her publications include Looking Away – Participating Singularities, Ontological Communities (2013), Visual Cultures as Seriousness (2013) (with Gavin Butt), Unbounded: Limits’ Possibilities (2012), Terra Infirma: Geography’s Visual Culture (2000).