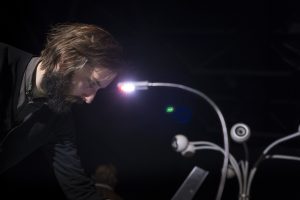 François Bonnet is a Franco-Swiss composer, writer and theorist based in Paris. He has been a member of Ina GRM (Groupe de recherches musicales de l’Institut national de l’audiovisuel) since 2007 and became its director in 2018. He has published several books – The Order of Sounds: A Sonorous Archipelago and The Infra-World. His last work to date, a collection of essays, Après la mort, was published in 2017. He also produces radio shows for national radio France Musique. His music, released, among others, by Editions Mego, has been played in renowned venues and festivals all over the world.