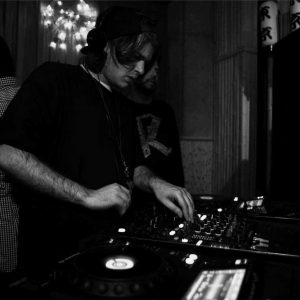 Dave Quam is a Portland-based musician, multimedia artist and writer. During his time as a student at SAIC in Chicago, he began playing around with recording his own experimental sounds, DJing house parties and penning his seminal blog, It’s After the End of the World, which followed the mutations caused by social media on many hyper-localised genres from all over the globe. Among these were juke and footwork culture from his adopted home, which he’s documented at large for various publications such as XLR8R, Spin and Rolling Stone. After graduating, he began taking producing music more seriously, releasing several EPs of his own mangled Frankenstein compositions under the Massacooramaan handle on LAX-based label Fade to Mind. He’s held long-term local DJ residencies with his parties such as The Cave. He has retired his old handle to continue creating without an alias, currently working on several EPs and his debut LP.