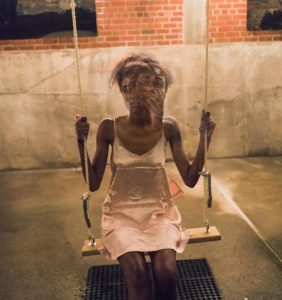 Chynna Rogers is rap’s high priestess. This Philly-born artist likes matching moody atmospherics with deadpan, often brutally honest vocals. In 2015 Chynna released the Radiohead title-inspired I’m Not Here, This Isn’t Happening EP, following it up with last year’s Ninety, her ode to 90 days of sobriety from opiate addiction. She isn’t shy to speak about her religious views as an actively practicing Buddhist but perhaps her biggest draw is her committal to love your dark parts too. Recently one year sober, her music never loses its raw edge and immersive ambiance, synonymous with both a sprawling late afternoon smoke deep in Chinatown, or the beginning of the end of an afterparty, where anything is still possible, but what actually does happen becomes a story to tell.